Dogo Onsen is located in Ehime Prefecture and is one of the oldest hot spring area in Japan and was favored by Prince Shotoku (574-622). The onsen was mentioned in the Nihon shoki chronicle which dates back over 1300 years. The current bath house was constructed in 1894 and is very ornate. It includes Yushinden imperial baths which were built in 1899 for the imperial family, though its not been used since 1950. 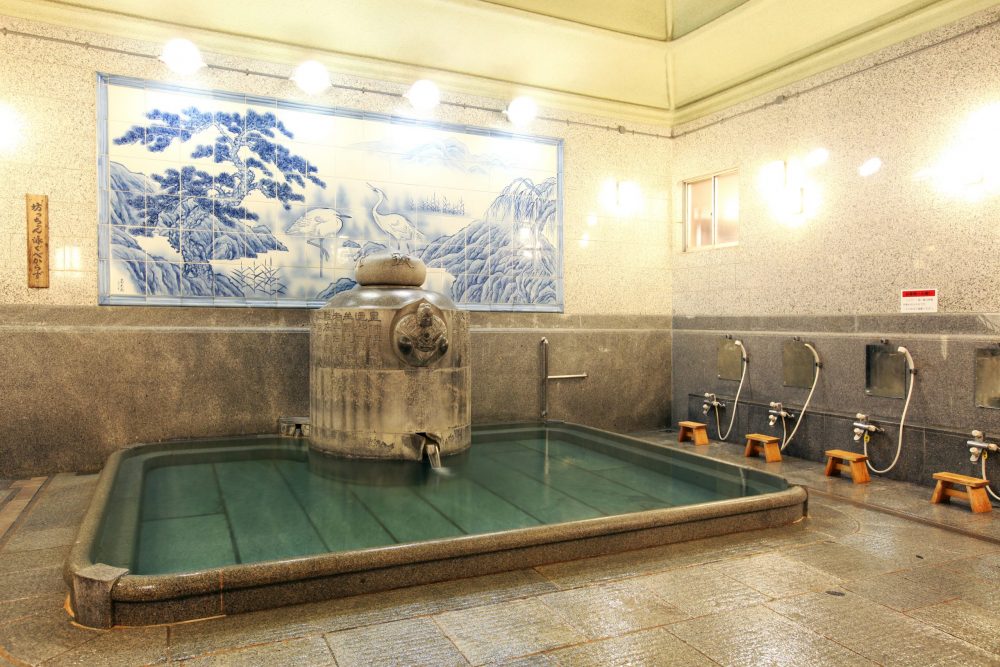