In the Hiroshima Bay there is the island of Miyajima, one of the foremost well known places in all of Japan and belongs to the UNESCO World Heritage sites.
It was listed by the Japanese philosopher Hayashi Razan, among the 3 most stunning landscapes of Japan in 1649.

The island is covered by dense vegetation, the pier is found in the northern half, where there are the few buildings of the island. An 800-meter street, packed with souvenir shops starts from the pier and arrives at Itsukushima Shrine. Near the shrine there’s a cable car to travel up to the top of Mount Misen.

A Shinto shrine, definitely the foremost known place on the island. The impressive red torii (sacred door) in front of the sanctuary, when the tide is high, appears to float in the water. It’s a well known iconic sight even outside of Japan.

The sanctuary has numerous sections and it was founded in the sixth century, however the present construction dates back to the sixteenth century.

This sanctuary is located very near to the island village, at east of Itsukushima.
It was build in 1587 however never completed and consequently it looks quite different from the other shirnes.

The name Senjokaku means “pavilion of 1000 tatami”, as a result of the interior structure, it is large enought to have nearly 1000 tatami lined up.
A nearby 5-storey temple belongs to the temple.

A Buddhist temple of the Shingon sect, at the foot of Mount Misen. At this temple formally belong the assorted temples that are found on the ways to the highest of the mountain.

A recently restored aquarium, with various specimens (about 13,000) coming from both the Inland Sea of ​​Seto (where the island is located), and from different areas of the planet. There are also sea lions and penguins.

Mount Misen reaches a peak of five hundred meters on top of water level.
You can reach the summit foolowing one of the 3 trails (long enough, it takes about 100-120 minutes), or take the cable car (Miyajima ropeway, opening 9-16: 30, 1000 yen, 1800 yen), that won’t take you directly at the top however about 400 m in height and one kilometer of from the summit.

From the highest of Mount Misen you’ll be able to get pleasure from a spectacular view of the ocean and, in clear days, the urban center of Hiroshima. On the ways it usually happens to see deer and wild monkeys.
The Mount Misen, and the entire island, has been an area of spiritual meditation for several monks over the centuries, of course on the route between the arrival of the cable car and the summit there are numerous Buddhist buildings (formally belonging to the Daisho -in Temple). 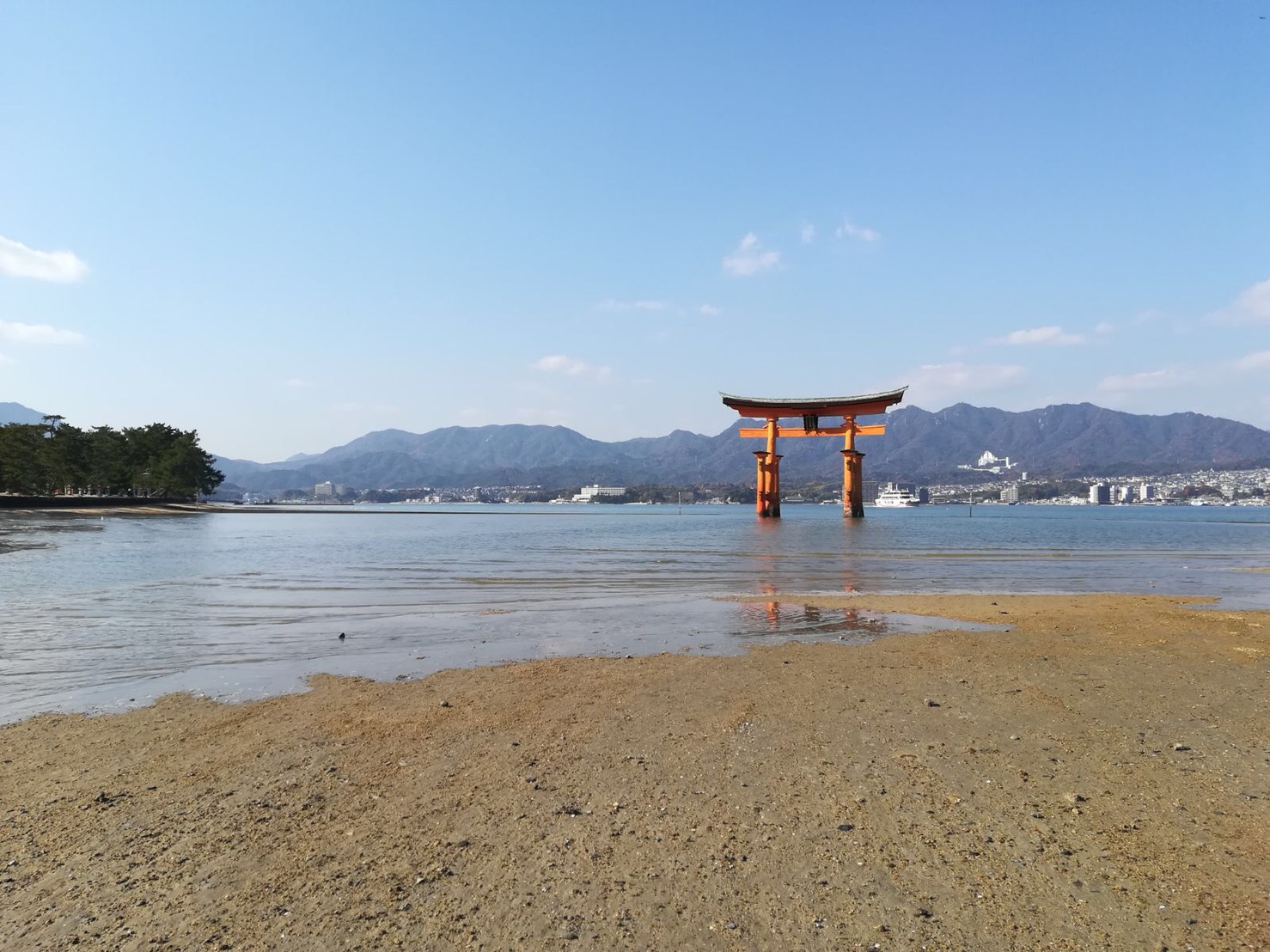 How to get to Miyajima

Miyajima is an island and there are not any bridges connecting it to the rest of the Hiroshima prefecture, therefore it should be reached by boat, mainly from the port of Miyajimaguchi (宮島口).
From the center of Hiroshima you’ll be able to reach this place either by train (JR Sanyo Line from Hiroshima station to Miyajimaguchi Station, 400 yen, 25 minutes) or by tram (line 2, 270 yen, 70 minutes).

The boat trip takes ten minutes and is served by JR (free for Japan Rail Pass holders) and Matsudai Ferries.

If you do not have the Japan Rail Pass, the Matsudai is worth it in fact it has the same cost (170 yen each way), therefore just opt for the one that will leave 1st.
Considering both services, there are about 7/8 departures every hour.

The Aqua Net company offers a trip directly from center of Hiroshima, with departures close to the Peace Park.
The journey takes about fifty minutes and the price is 1900 yen each way, for 3400 yen in total.

Our friendly accommodation in Hiroshima

Other accomodations in Chugoku Region

Our Tours in Hiroshima area

If you would like to explore Setouchi area by video please take a look Ms Kerry Ferro videos:

Back up
x
x