MSC’s Japan Tour Cruise was operative in 2018, and it is available in 2019 too.
Why not spending the 2019 Silver Week holidays with your loved ones and friends, enjoying your time on a cruise travelling to different locations?
An unique experience of cruise travel awaits you on a stylishly designed ship.
Come on a journey to rediscover Japanese beauty with MSC Splendida.


* Information subject to change as a consequence of wheather conditions, final berth or anchorage effective availability.

Please contact us for different options, such as 3 people or single persons. 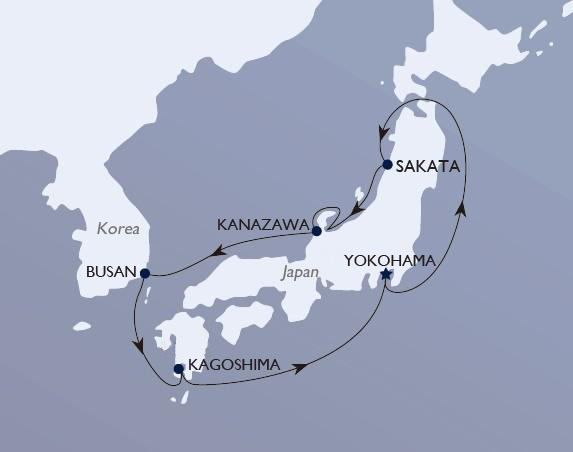 Guidance of port of call 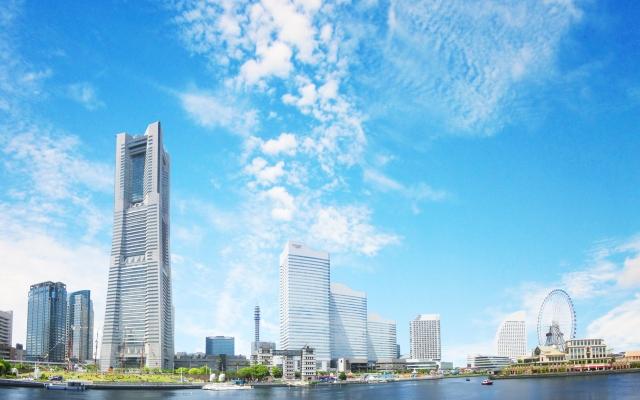 On its southern borders Tokyo merges with Yokohama, Japan’s second most populous city and a major international port. When you step aground from your MSC cruise you will find that Yokohama feels far more spacious and airy than the capital, thanks to its open harbour frontage and generally low-rise skyline. Since its opening about 160 years ago, Yokohama has actively developed foreign culture and information as a gateway to Japan, and has developed as a city where tradition and internationality are in harmony. There are many things that are Japan’s first, from food to culture, such as ice cream, beer, railways, photography, etc. In addition, close to the port are the world’s largest “Chinatown”, “Sanjoen” of Japanese gardens, “red brick warehouse” used as a bonded warehouse at the time of the port opening, and “Yokohama Landmark Tower” with a height of 300m. There are a lot of The close coexistence of these is one of the manifestations of Yokohama’s unique history and culture.
Please enjoy “Yokohama” where the East and the West, the old and the new are fused.
Photo: Yokohama Minatomirai

A city that has prospered as the starting point of the Nishimae route of the Kitamaesen during the Edo period, and has developed with culture from other influential areass such as Kyoto 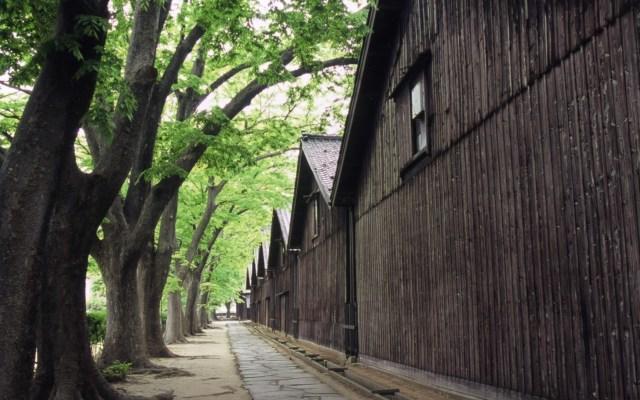 Sakata Port is located in the northeastern Japan Sea side, in the northwestern part of Yamagata Prefecture, at the end of the Mogami River, which serves the magnificent Shonai Plain. During the Edo period, it prospered as a starting point for the Nishimae route of the Kitamaesen, and it had a history developed by incorporating the culture of Kyoto and other upper places. From Sakata Port, Matsuo Makoto has the most haiku writing, including Dewa Miyama, which has the “August tree and stone steps” certified as Michelin Green Guide Japon three stars, and “Toha Miyama”, which has the only national treasure five-storied pagoda “Haguro five-storied pagoda”. There are plenty of attractions such as “Mochikawa Yuuri” that enjoys the beauty of the valley of Kamikawa, “Yamai Warehouse” where the Doso-zo warehouses built in 1893 and the row trees are beautiful, and “Sama Hina” where you can enjoy the lovely dance of Sakata Maiko. In addition, Yamagata Prefecture, which boasts gastronomy and sake, is a treasure trove of rich nature and food grown through the four seasons. Experience the best of the boat trip by touching the rich food culture.
Photo: Yamagata Warehouse and Sakai (Photo: Sakata City)

Kanazawa is a city relevant for history and culture, sitting in a place rich in nature and good food. 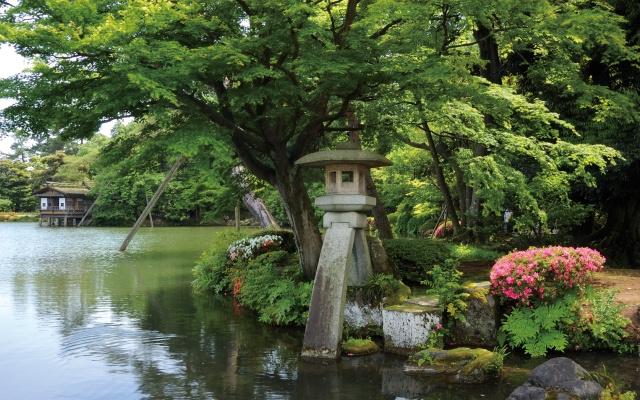 Ishikawa Prefecture has attractive tourism resources such as Noto, where nature and ingredients are abundant, Kaga where high-quality hot spring resorts are concentrated, and Kanazawa, which is very important for its role in the history and culture of Japan. In particular in Kanazawa you can visit the Kenrokuen Garden, one of the three major gardens in Japan, the castle town and Samurai Residence. kanazawa is olso known for traditional arts such lacquer art and gilt, traditions still present even now. In addition, new landmarks such as “Kanazawa 21st Century Museum of Art” and “Kanazawa Station”, which were selected as one of the “most beautiful stations in the world” in the US travel magazine, were born one after another, gain attention to the city. 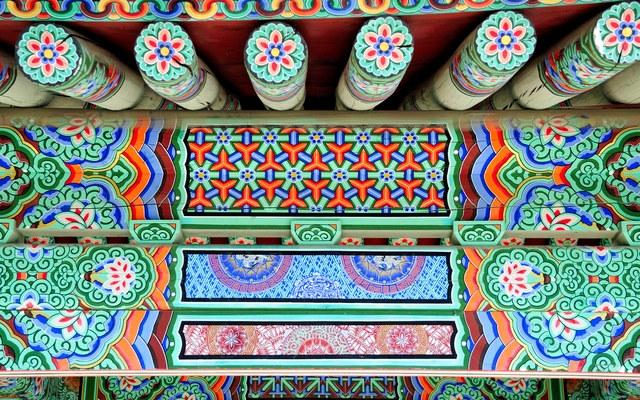 Take a panoramic view of Busan City at Yongsan Park in Korea’s second largest city after Seoul, and enjoy nature and culture, such as the famous Bong Yu Temple with its unique Buddhist architecture. In addition, it is recommended to enjoy shopping and Korean gourmet in downtown.

Photo: Ornament of the ceiling of Beomeosa Temple 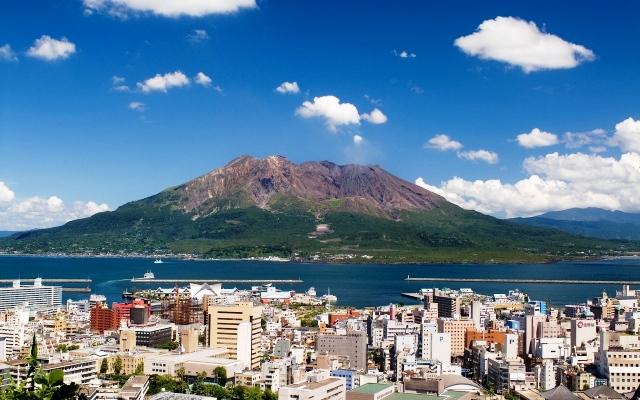 Kagoshima, located at the southernmost tip of the Japanese mainland, has many remote islands in a vast prefectural soil approximately 600km north to south, and is blessed with a rich culture and climate. Kagoshima City, where Kagoshima Port is located, has a close relationship with the City of Naples, the home of MSC Cruises, and has signed sister city agreements. The landscape is similar to Naples City with Mount Vesuvius overlooking the gulf. In Kagoshima, Mount Sakurajima overlooks the Kagoshima Bay, a wonderfull view of an active vulcan. In addition, please enjoy a variety of foods unique in Kagoshima, such as black pork and shochu. 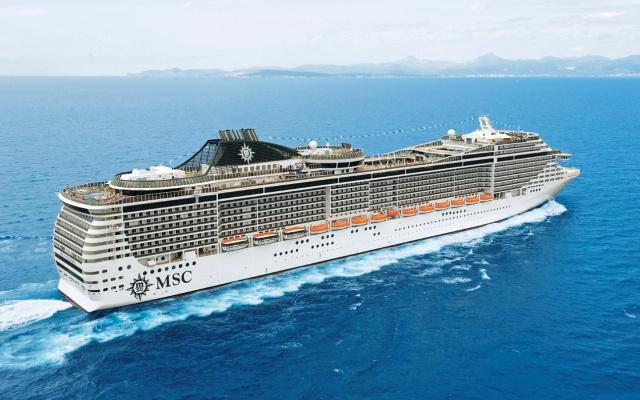 MSC Splendida, an eco-ship equipped with environmentally friendly technology.
The stylish and luxurious cruise ship is also a worthy travel destination for the ship itself.

Enjoy a variety of themed bars for enjoying live music

The in-house restaurant offers a varied menu, including Mediterranean cuisine. In the evening, enjoy a world-class show at the Strand Theatre, a great game at the Royal Palmo Casino, or a dance at Club 33 disco.

Other facilities include a swimming pool, jogging track, squash courts and a sports facility with a state-of-the-art gym.

If you’re looking for the ultimate in relaxation, make sure to visit the MSC Aurea Spa.

In addition, for guests who desire the ultimate private space, we offer “ship in ship” MSC Yacht Club where you can enjoy dedicated services such as 24-hour butler service and concierge and dedicated facilities.

Pleas contact us for detailed information about the MSC Splendida Japan Tour Cruise. 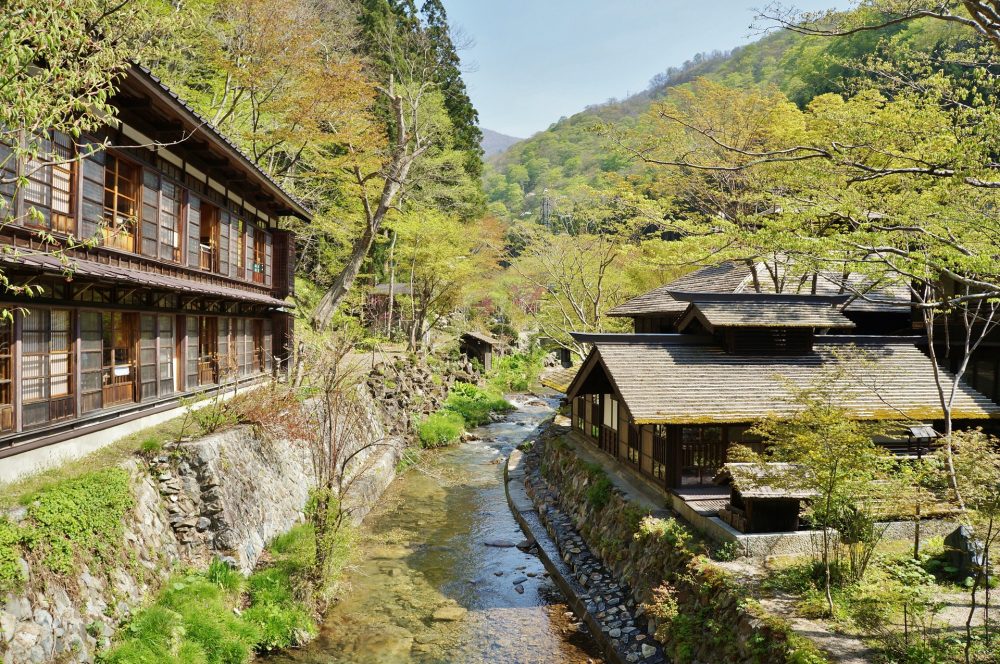 Welcome to Kanto Kanto is Japan’s largest plain and very densely populated. The large metropolises of Tokyo and Yokohama are located in the Kanto Region which consists of seven prefectures Ibaraki, Tochigi, Gunma, Saitama, Chiba, Tokyo and Kanagawa.Read more 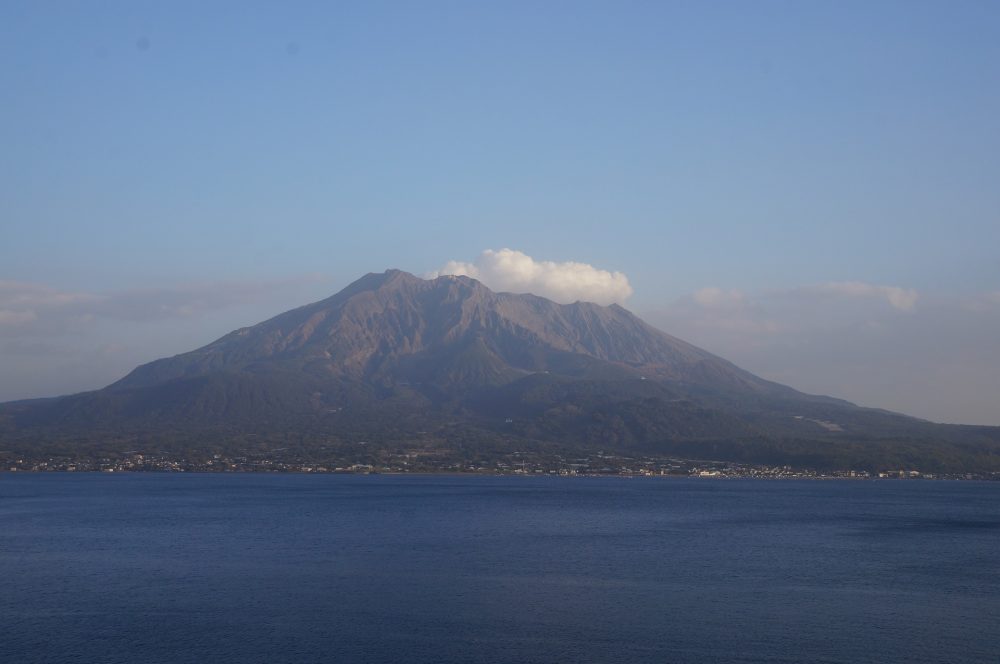 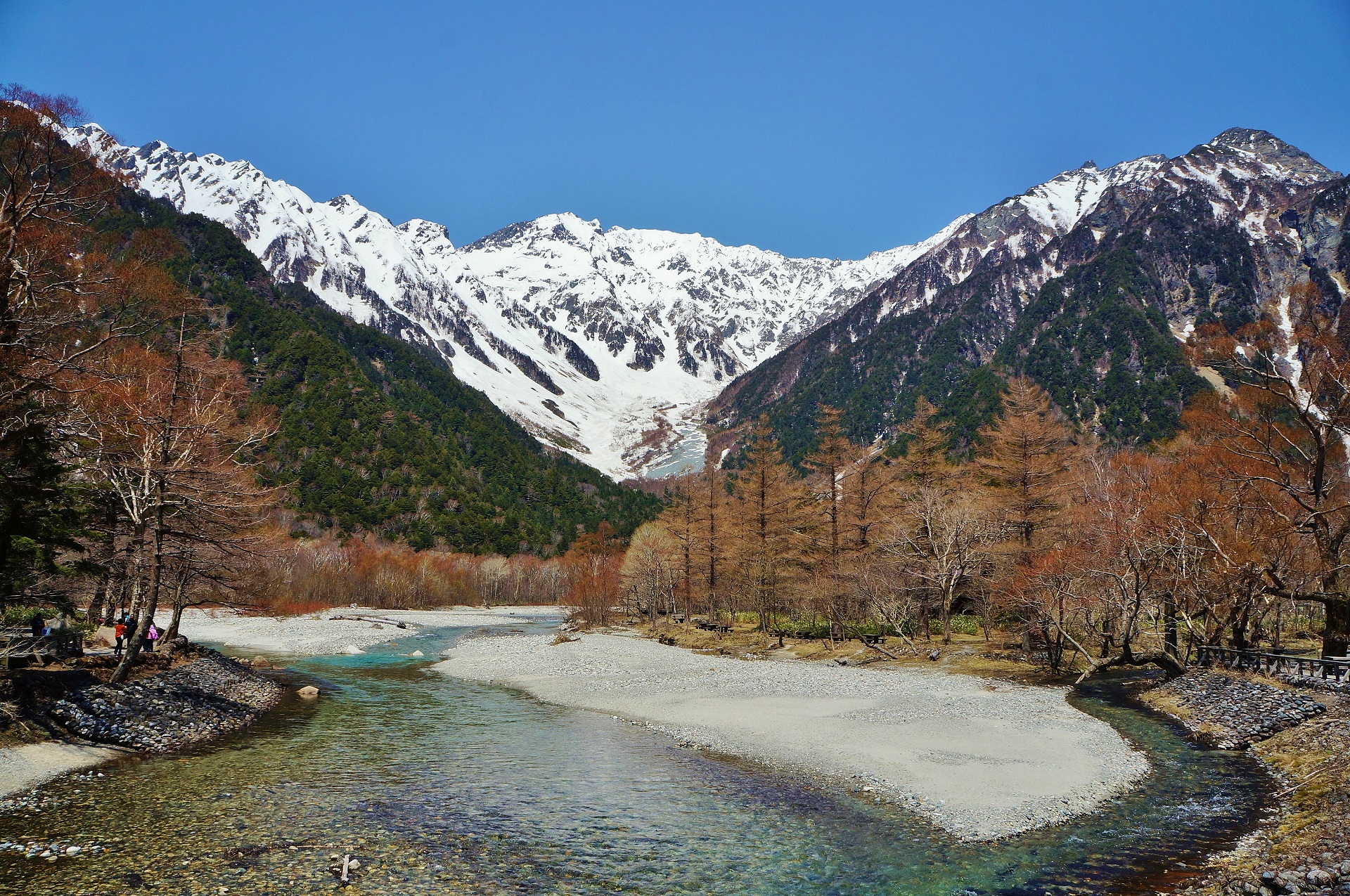 Welcome to Chubu. Chubu is the central region of central Honshu, main island in Japan. It is located between two megalopolises Kanto (Tokyo) and Kansai (Kyoto-Osaka). The region of Chubu is filled with traditional towns, the massive Japan Alps, Mount Fuji and northern coastline. The region consists of six prefectures Aichi,Gifu,Nagano,Shizuoka,Yamanashi and offten Mie.Read more 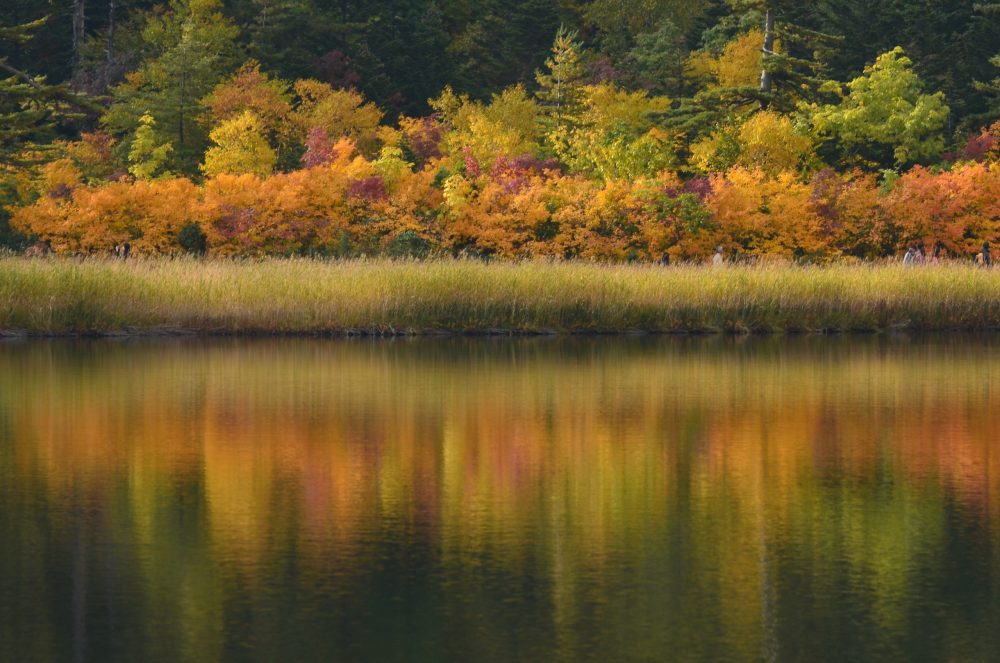